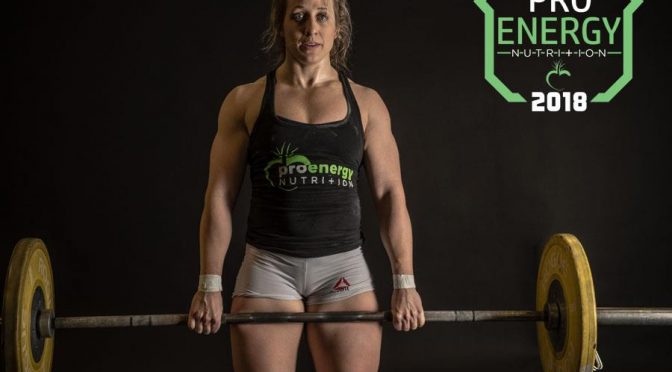 Not A Number; Choosing Strength and Functionality. By: Sandra Hamilton

According to Statistics Canada the prevalence of eating disorders in the population is 1% for Anorexia Nervosa and three times that for Bulimia Nervosa (Statistics Canada, 2011). Society has developed unrealistic views of the physical standards of females and males. These perceptions are being analyzed at earlier ages due to the increase in access to technology and media. The primary goal for those starting a new fitness routine is to lose weight, or get to a certain goal weight. My focus is to shift these views away from a number to capabilities in my participants and students. 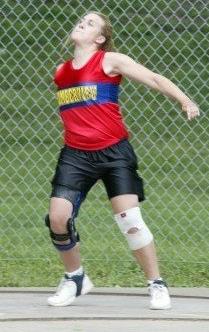 I have been recovered bulimic and anorexic for 3.5 years. I struggled with my eating disorders for just under 5 years. For those that don’t know anorexia is an eating disorder characterized by a refusal to maintain normal body weight and bulimia nervosa is characterized by eating excessive amounts of food in one sitting and then compensating for that by ridding the body of that food.  The reason I have just begun to share my story is the more I have talked the more others have added about their struggles. I think it’s important to let people know that weaknesses do exist and can be made strengths. CrossFit had a huge factor in my self-acceptance and how I viewed what my body is capable of.

I developed my eating disorder much later in life in my early 20’s. My entire life I was athletic, I played on every sport team there was. I could eat anything and didn’t give a care in the world about my body image. In University though, things changed for me. I wasn’t participating in sports as rigorously and lived off cafeteria food.  In the summer of 2009 at 20 years of age I began using fitness as a way to get back into shape, in a healthy way. I dropped 30lbs that summer and when I entered back to school many recognized me and praised me for this goal. Somewhere along this path in my third year of University I developed an unhealthy relationship with food.  I was a full fledge bulimic and suffered with bouts of anorexia. The stress of school did not help and I became a perfectionist. I barely could get through a day for two years without crying.  Every day was a battle for me, how do you live in a world where food is a substance for life however in your mind food is the ultimate enemy? 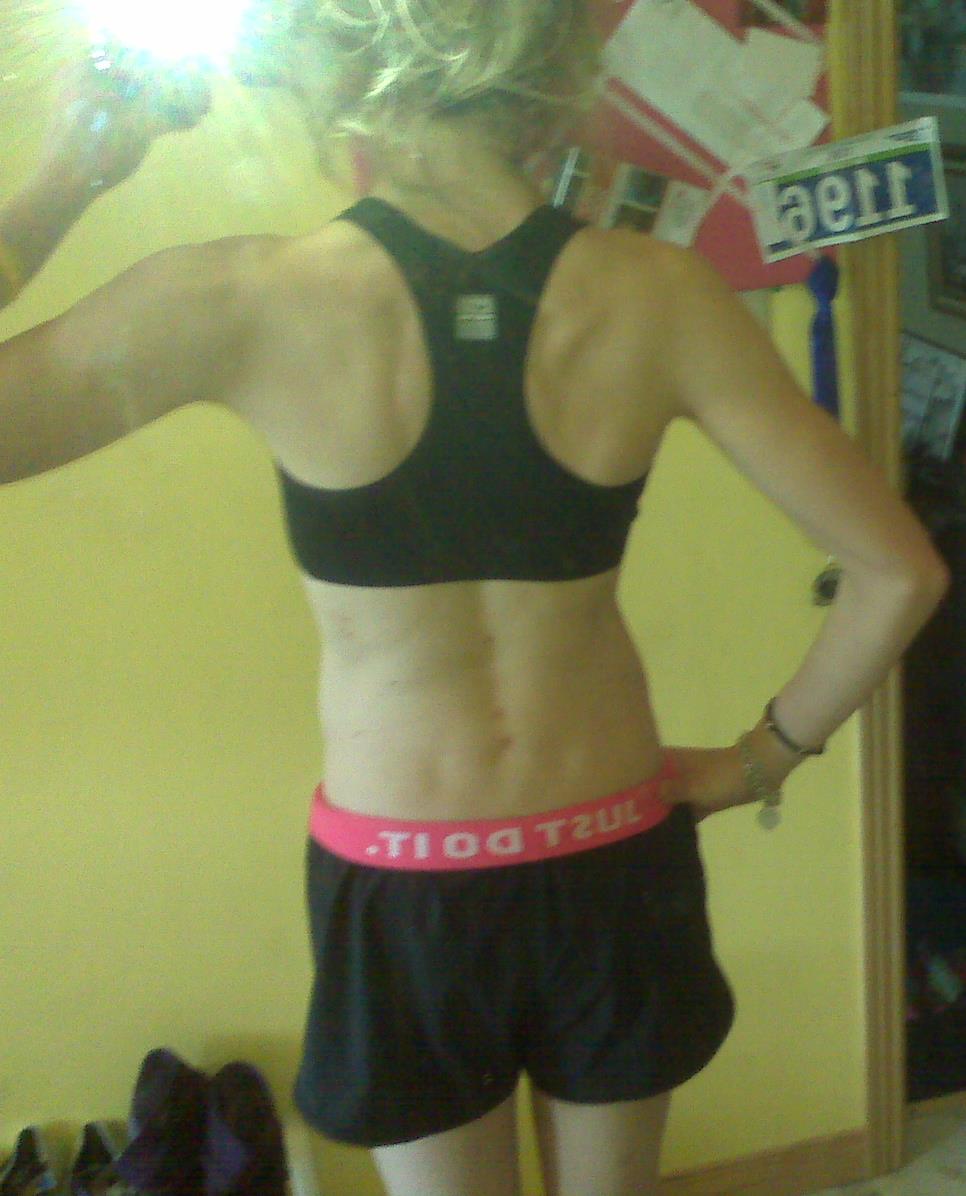 For the next 5 years. Yes, 5 years I struggled. 5 stupid years that a disease kept taking and taking from me. I lost friends, I missed out on personal experiences, and I didn’t enjoy life.  I was too worried about when and where I was going to work out. How I was going to get food? What if I ate too much food? Most people didn’t know I was sick, only those closest to me. It was hard not just to be me, but for the people around me to understand me. I don’t blame the people that left my life in that time, and I thank those who have forgiven me. I tried everything, I did therapies, treatments, journals, groups, you name it. I was very involved in recovering however nothing would click. So for 5 years, I lived with my demons, while continually pursuing fitness and helping others.

In March 2014 I tried my first CrossFit class, even though I had been doing CrossFit “like” workouts for years independently.  It was love at first WOD. The intensity is what I craved and the barbell movements fascinated me. My first 4 months were hard. I was still struggling with bulimic behaviours, however, my body started to recognize that I could not workout, like I did in CrossFit, if I kept up these behaviours. It was like a light switch for me. One day I woke up and I was fixed. My urges and mind frame changed. I couldn’t perform the way I wanted to and be the athlete I wanted to be if I kept these behaviours. 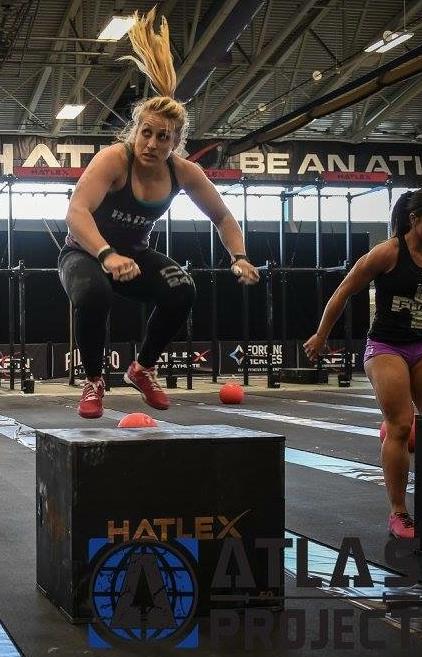 In the last 3.5 years I’ve been free of my eating disorder. Sure there are days where I’m like “Wow, I ate too much” or feel self-conscious about myself. Then I remember what I can do with my body.  CrossFit has allowed me to develop the mentality that capability is more important than what I was aspiring for before. CrossFit is an individual competition for myself; a continuous improvement. It’s my addiction that replaced an addiction that was slowly killing me. I put a lot of time into improving myself physically and mentally. I’ve learned to fuel my body for performance. I’m no longer embarrassed by my thick thighs and when I take off my shirt to workout, it’s not for anyone else but me. It’s my acceptance of my body and capability of its work. 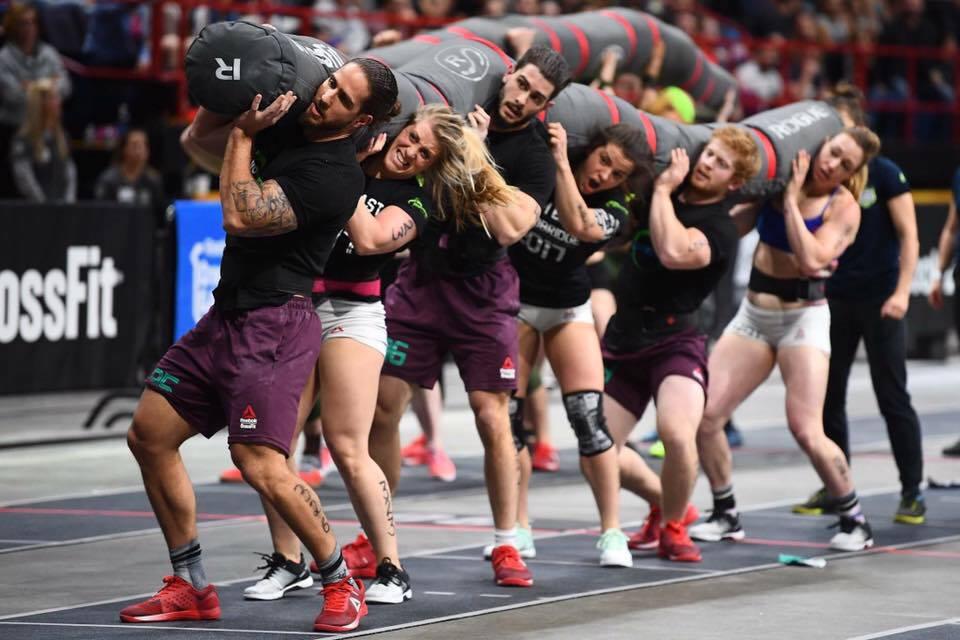 CrossFit doesn’t place a sense of looks as the main outcome of effort. CrossFit places a basis on how you perform. Your focus shifts from physical features to learning to get a pull up or having more energy to play with your kids. You feel more confident in your body and its abilities. We start believing in being better as individuals, instead of wanting to look like someone else. CrossFit changed the idea of a number defining who you are, into what can you do. For those who CrossFit, there is always a component of your fitness you can improve but now you have the support of a community. All accomplishments big or small are celebrated!

Simply choose your experience level and get registered for your FREE Assessment today!

CLICK HERE to get started if you are visiting from out of town.